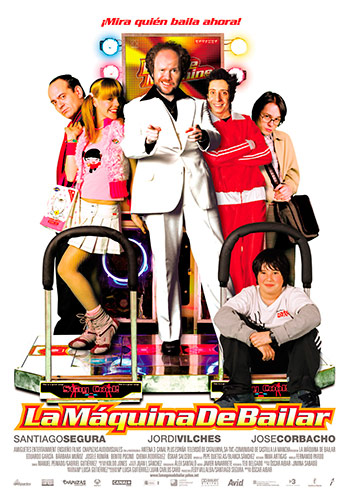 NEW PARK recreation centre is an amusement arcade in the town centre where adolescents while away the afternoon in a world of coloured neon and loud music. Among them, a group of youngsters from Fuenlabrada monopolises a new and unusual video game: the dance machine. Dani, Josemi and his gang are the stars of this attraction, and it’s impressive watching them dance on the lighted arrows.

Dani works in the supermarket. There, his boss thinks that he’s a good kid. So much so that he asks him to look after his albino boa during the month that he is going to be abroad. And of course Dani, as well as keeping an eye on the snake, manages to kill it (in a moment of carelessness it swallows a cylinder of butane). The gang has no other choice but to pay for the replacement of the extraordinary animal with an identical one. They have no idea where to even start until they find out about the convening of the first national competition of the dance machine, to be held in the Manga Fair, the electronic entertainment fair which every year brings together the most far out geeks in the country.

But in order to compete at such a high level they need the help of an expert choreographer, someone to guide them in the complex world of dance competitions. Johnny, the manager of the arcade where they usually play, turns out to be an old champion from when disco music was all the rage. Although he is now a complete wreck, he decides to help them.

Now, in the Manga Fair this peculiar bunch of people have to triumph over all the teams they meet, until they reach a grand final where Dani must face none other than the world champion of the dance machine, a young, evil and conceited Japanese. To do this, he must also finish THE DANCE OF DEATH, the most difficult level of the game.

The preparation for the duel turns into something more than just mere training. It will require a mystical overcoming of personal conflicts both for the boys and for Johnny, who will shake off the black cloud that has hung over him since losing the final of a TV competition called “The Youngsters Dance” way back in 1979.