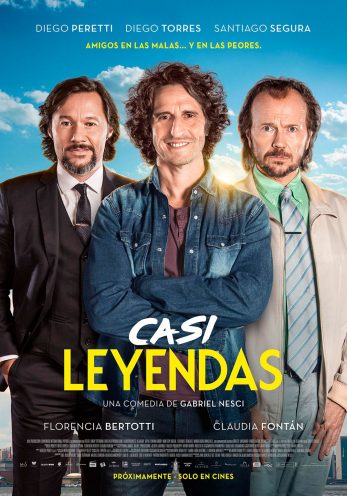 It has been 25 years since Axel, Javier and Lucas lost contact after dissolving the band that formed when they were teenagers. Axel, a lonely man with Asperger syndrome decides it is a good idea to rejoin the band and to do so, he decides to rig the results of a contest that aims to rescue mythical music bands of the 80s and 90s.

Javier teaches geography in a High School. He has just widowed and has a 13-years-old son who feels increasingly disappointed with him. Meanwhile, Lucas, recently divorced, just lose his job as health visitor.

Because of a series of random events, ridiculous situations and a lot of humor, the three characters end up recovering those things they lost over the years.